A Special Collection of Number (N)ine by Takahiro Miyashita

Number (N)ine designer Takahiro Miyashita has always been something of an enigma. Apparently simple to read, but, on reflection, somewhat less easy to understand.

True, Miyashita’s grungy Americana-inspired designs for Number (N)ine displayed their influences quite literally on their sleeves. Similarly, the man’s relentless fixation with rock ‘n’ roll is evident in everything he touches: from the name Number (N)ine itself (taken from Revolution #9, a cut on The Beatles’ “White” album) through to the borrowed song titles he gave all his collections: “Touch Me I’m Sick,” “Nowhere Man,” “New Morning,” “Nightcrawler,” and the Axl Rose inspired “Welcome to the Shadow.”

Viewed solely through his designs, then, Takahiro Miyashita might come across as merely a starstruck adolescent playing air guitar in the style of his favorite axe-heroes. Yet one gets the impression that there’s a great deal more to Miyashita than meets the eye. The only problem is that the man himself doesn’t tend to give away too many clues as to exactly what this extra something might be. Perhaps because even he’s not quite sure what’s going on.

Miyashita seems to be a somewhat aloof, and perhaps even shy, individual. Evasive with fashion journalists, he has a habit of deflecting overly deep probing into his creative process with the stock response “you’d have to ask my brain”-  as if he were merely the passive conduit and uninformed spokesman for a higher creative intelligence. Like the larger-than-life rockstars he idolizes, Takahiro Miyashita offers the public just enough information about himself to intrigue; but insufficient detail for him ever to become merely another ordinary mortal in our eyes. 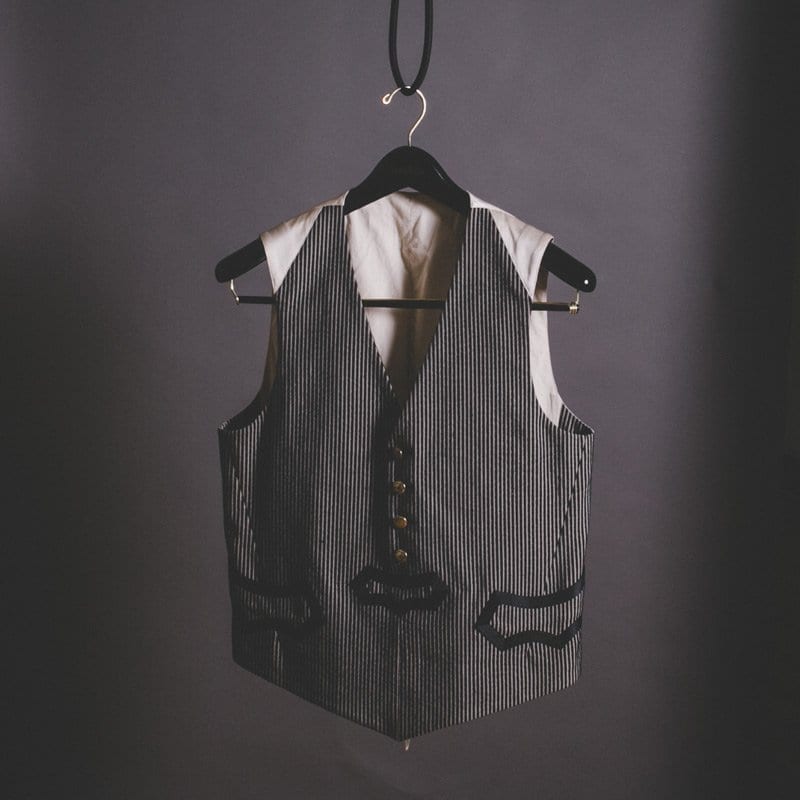 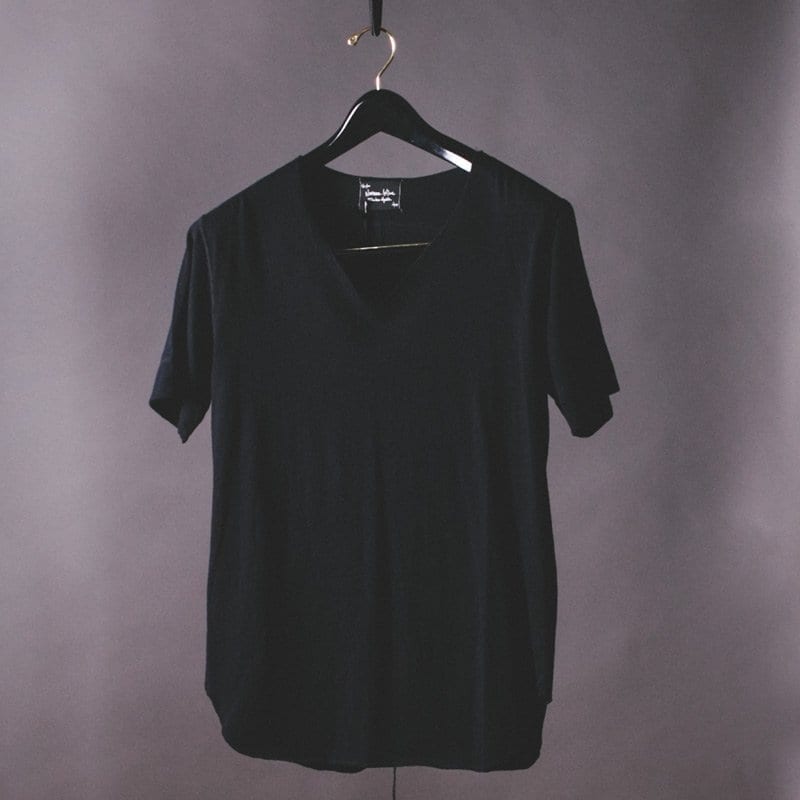 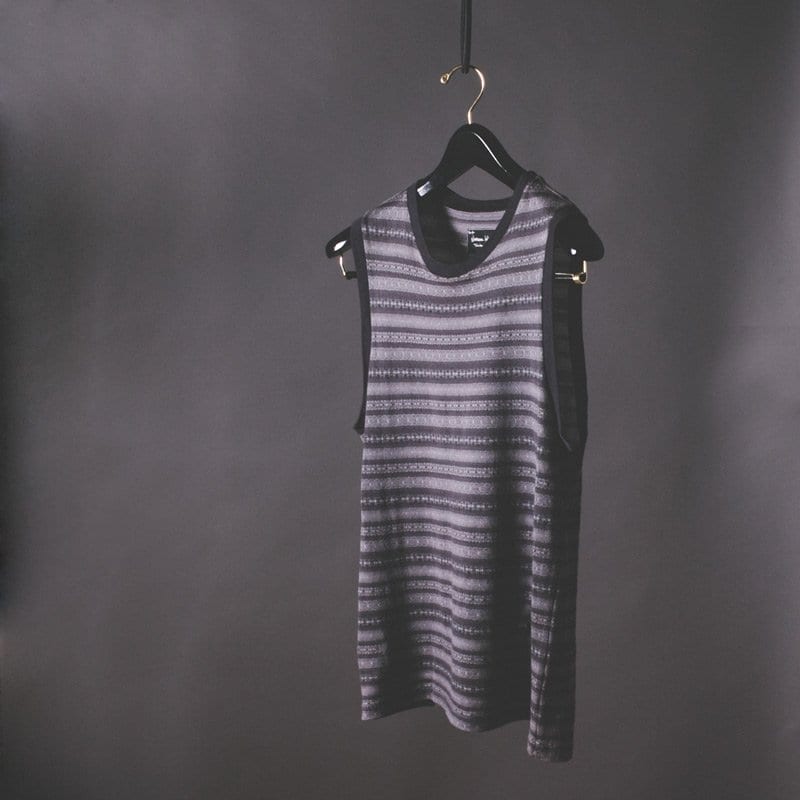 In part, this element of mystery no doubt helped to elevate Number (N)ine to the revered status it still enjoys today – almost 10 years after its founder jumped ship. But to suggest that all there was to Number (N)ine’s success was a cult of personality around it’s designer would be to do the man a great injustice: if Takahiro Miyashita’s Number (N)ine clothing is still so sought after, it’s also because he offered something genuinely fresh and unique, using outstanding materials, and with an attention to workmanship of a kind that is increasingly difficult to find.

Along with his friend and compatriot Jun Takahashi of Undercover, Miyashita’s debut heralded the arrival of a new approach to fashion. Whereas many of his forebears immersed themselves in the history of fashion itself, under Miyashita, Number (N)ine drew inspiration from the streets and dive-clubs; from classic album covers and Western movies. The designer effectively emptied the contents of a teenage dropout’s bedroom onto the catwalks of Tokyo and Paris. Indeed, his first few collections looked like someone had gone through Kurt Cobain’s closet with a pair of scissors and then stitched the resulting pile of rags back together again in the wrong order.

Slowly, as Miyashita worked through successive influences – from The Beatles and Dylan to goths and bikers – this eclectic thriftstore vision began to crystalize into something decidedly more mature. Rustic unfinished hems combined with highly technical construction and luxurious fabrics. Decorative use of darts, piping, braiding, and stitching. The ever-present influence of Americana and the Pacific Northwest. But, in more recent years, also a growing degree of psychedelic Victorian elegance.

By 2009, when Miyashita announced he was leaving Number (N)ine, these diverse techniques and influences had congealed into a look somewhere between rock ‘n’ roll-peasant garb and aristocratic dandy militarism (by way of Sergeant Pepper).

In many ways, even the earliest of Number (N)ine’s output still feels very relevant today: a time where a jumbling of genres and a total lack of respect for eras has become a catwalk commonplace. Although later collections display a similar disregard for conventional categories, by the last few seasons Miyashita had settled on a more refined and theatrical style.

After Miyashita’s departure, Number (N)ine was revived as a business venture by its owners, Kooks. However, without the passion and vision of its founder, the current brand is a mere shadow of its former self. Indeed, anyone turning to today’s incarnation of the Number (N)ine fashion label for a slice of Miyashita’s original creative vision will instead find themselves staring at a grotesque pastiche; pedestrian designs worthy of Zara, and with only the most token of nods to the rock ‘n’ roll mashup that garnered the label such a cult following back in the day.

Instead, better to seek out Miyashita’s post-Number (N)ine venture, Takahiro Miyashita The Soloist: a brand that more convincingly embodies the rock-eclecticism of (N)ine’s early years while showcasing Miyashita’s continuing evolution as a designer.

The alternative? Diligently scour the used market in the hope that a few examples of the real thing might show up.

Number (N)ine isn’t the easiest of labels to track down, but for those wishing to add to (or perhaps even begin) their collection of original Miyashita-era Number (N)ine clothing, we have recently received consignment of several fantastic examples of Number (N)ine jeans, pants, t-shirts, knitwear, shoes and other unique pieces from the brand’s final years, 2007-2009.

Although Miyashita’s catwalk creations from this period are often distinctly eccentric (think colonial pipe-blower in knee-length breeches), our latest arrivals include a great many simple and highly-wearable pieces. What invariably sets these items apart is an unrivaled attention to detail: for example a dress shirt featuring split-yoke construction and novel use of pleating; or even just a simple black t-shirt transformed by a superior cut and decorative flatlock stitching.

As with all Number (N)ine clothing dating from this time, the garments were manufactured in Japan from the finest of fabrics – typically a mix of silk, cotton or cashmere.

Excitingly, alongside these very lightly used second-hand garments, the inventory also includes some new old stock Number (N)ine, and even items from the label’s seminal and much sought-after F/W 09 collection: the very last to feature Miyashita as designer.